Exciting news! Old Alt, Alex Bescoby (Grammar Productions) has produced a documentary entitled Buena Onda: The Tale of Ronny Scott.
Scott’s exploits are about to become recognised around the world thanks to award-winning film-maker Alex Bescoby, who travelled to Argentina to meet the war veteran.
His film, Buena Onda: The Tale Of Ronny Scott, is being released Friday 19th March, and you can read all about it here. 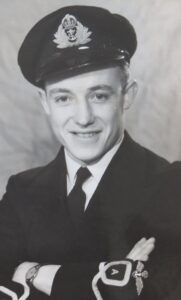