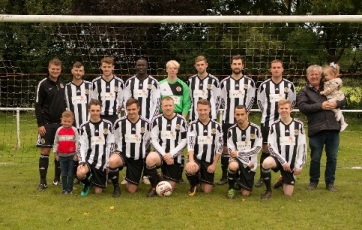 Old Alts 1stÂ XI in the new kit provided by their main sponsor, Terrence Cummins, who also appears in the photograph, with his grandchildren, Harvey and Harper.
The photo was taken immediately prior to Old Alts 2 â€“ 2 draw against East Manchester on Saturday 19th August 2017. 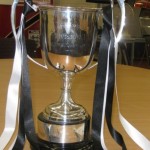 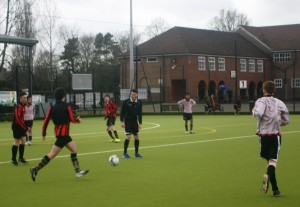