This year, the senior hockey team had its second old boys game and again it was very successful. We had a mixture of old boys coming back including some who’d left four years ago and it was good to see the majority of them hadn’t stopped playing whilst at uni.

The game had a very close first half with some questionable umpiring coming from Mr Lowe, leaving it at 2-2. In the second half the old boys remembered how to play and we seemed to forget which meant at the end of the match the score was, a lot to 2.

This however did not matter to us as it was a very enjoyable game and for the year 13s, a great way to end their hockey at AGSB.

Thanks go to Mathew Bellin for helping out with the umpiring and James Mazzarello for playing in goal. 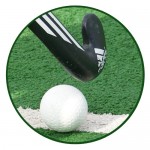